When I found the Abraham material, I was in, hook line and sinker 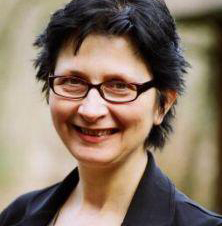 I began listening to Abraham CDs on a daily basis in late 2003 (still do). Within a few months, however, I had to admit a vast chasm between getting the concepts intellectually, and actively living them.

This desire to put the Law of Attraction into action is what drew me to the meetups, as well as to working with coaches myself.

First as “homework” from my coach, then on my own, and gradually with different groups of friends then at meetups — which evolved into workshops, clients, and more.

Exchanging written processes with others “made” me do the work…

…when I otherwise might not have. Going to a meetup required me to set intentions and focus on the positive aspects of other attendees. I noticed that I got ideas from how others did the processes, and that I went up the vibrational scale right along with them. Bit by bit, I attracted into my life a very effective structure and format for consistently doing processes to line up energy.

I have no credentials in the usual sense

No college degree, no “Abraham-Hicks Training Program” (there isn’t one), no education in how to be a coach.

But I’ve become fluent in shifting energy through processes

It’s been my practice since 2007 to align my own energy with written processes, and I’ve guided, encouraged, and taught others to the tune of thousands of processes in those years. Suffice it to say, I’ve picked up a few tips and tricks along the way, and learned what does — and doesn’t — work.

Prior to the Abraham work, I studied dreamwork extensively

I led a dreamgroup for eight years. It was a special delight to see Abraham include dreamwork as one of the processes in Ask and It Is Given.

I’m organizer of the Charlottesville, Philadelphia and Baltimore/Washington Abraham-Hicks meetup groups (combined membership of more than 600 people), My focus is group process work with a subspecialty in applying the Abraham processes to dreamwork.

…is in working with someone who “gets it” with Law of Attraction and wants to apply the teachings more effectively in their everyday life.